Everything you want to know about microgreens! 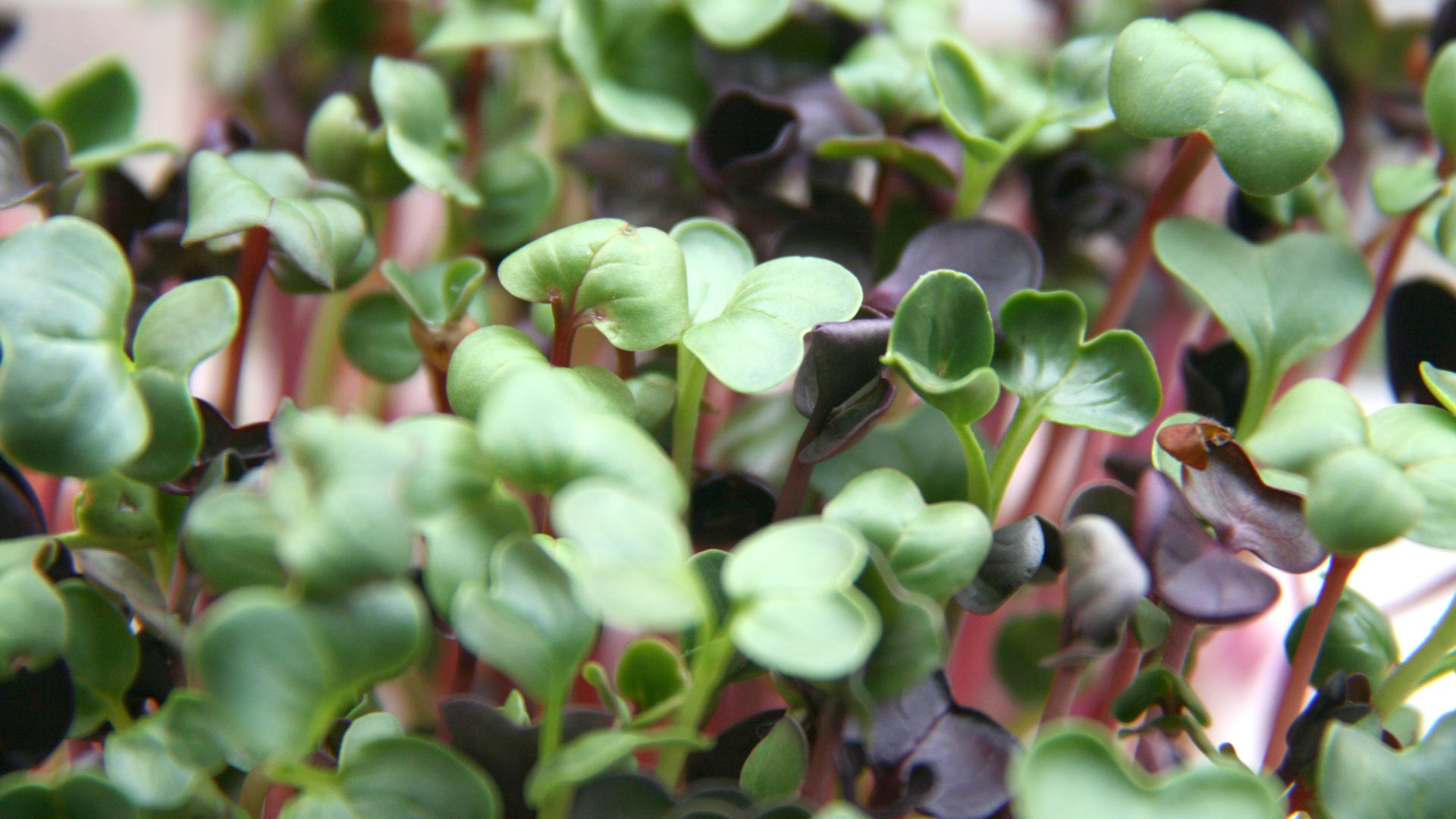 Everything you want to know about microgreens!

Small, tasty, fresh, crunchy, colourful, healthy,… So many words come to mind to describe these small vegetables: microgreens, the new re-discovered ingredient. Until now they were mainly used by chefs in high-end restaurants to garnish and add colours and surprising flavours to dishes. However, these small plants are increasing rapidly in popularity and are starting to find their way to our homemade dishes.

Malnutrition and lack of minerals or vitamins are no longer problems that only appear in developing countries. They have never been so relevant in developed countries as today. One of the best ways to fight against this phenomenon is a healthy diet, meaning eating the fresh fruits and vegetables that give you all the micro-elements needed to maintain your body in good health. Microgreens can be a very easy way to help in this search of healthiness.

By answering 5 questions we will reveal more about the magic behind microgreens!

These small vegetables are young shoots which are harvested typically 5 to 20 days after germination, when they only measure a few centimetres high. Thus the microgreens are harvested at an earlier stage compared to their mature counterparts.

The 3 edible components of a microgreen: the central stem, the cotyledon leaves and the young true leaves.

At this stage, most of the microgreens are formed of a central stem, two developed “cotyledon” leaves (leaves contained in the seed and which, when fully developed, help the young seedling to evolve thanks to photosynthesis) and sometimes a second pair of young “true” leaves. Most of the time the shape between cotyledon and young true leaves is quite different.

For many herbs and vegetables, it’s possible to eat their equivalent as microgreens, like coriander, basil, mustard rocket or radish, just to name a few. With an especially rich flavour, these small vegetables are a delight for our taste buds while bringing loads of nutritive elements along the way!

Good to know: some vegetables are not edible as microgreens, because of toxic molecules located in the inside of the central stem and/or leaves, like tomato, rhubarb or potato plant, for example

2) What are main the differences between microgreens and the full-grown vegetables?

As we have all been taught when we were little, we should eat our greens. Most of the nutrients, needed for the well-being of our body are found in fruits and vegetables: such as vitamins, carotenoids, antioxidants, fibres and minerals.

So what about microgreens?

Don’t be fooled by their small size! Microgreens are highly intense in flavour and in nutrients. In fact, it was discovered in a recent study published by Journal of agriculture and food chemistry [1] that the concentration of nutrients inside microgreen leaves is highly superior from the concentration you can find in mature plant leaves. 25 different species of microgreens were analysed in this research and it was proven that in some cases you can find from 4 up to 40 times more vitamins or carotenoids in the microgreen leaves!

Below, you’ll find a small scheme that shows some examples of how microgreens compare to fully grown vegetables in terms of vitamins and carotenoids. 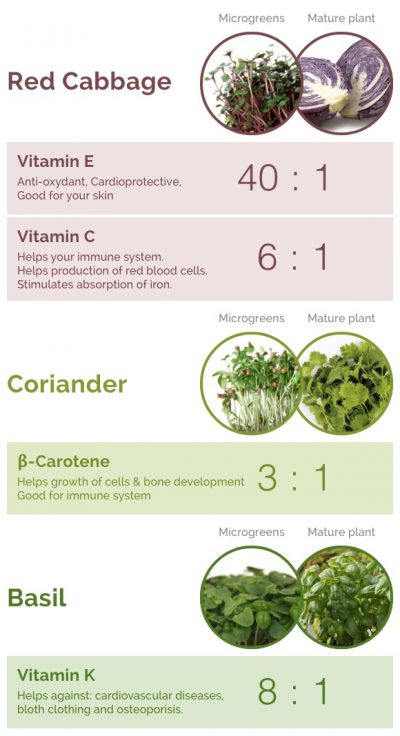 Microgreens clearly have more nutrients compared to their mature counterparts !

The researchers concluded that most of the microgreen species tested were excellent providers of vitamins and carotenoids, much more even than their mature counterparts. High variations exist between the species, so it’s almost as if each microgreen has its own speciality: in taste but also in nutrients! For example, red cabbage is extremely high in vitamin C and green daikon has an incredible amount of antioxidants. In any case, just a few grams of microgreens can already be enough to get your daily amount of nutrients.

Another one of their super-powers is their wealth in minerals, mainly calcium (for cell physiology, bone and tooth growth) and potassium (crucial for neurons and muscles). [2] These concentrations are highly linked to the nutrient solution that is used for the growing of microgreens. Having such an impact on the concentrations can be quite useful for people suffering from certain diseases such as impaired kidney function [3] and cardiovascular disease.

So, even though the studies on microgreens are still relatively new and not very extensive yet, it was already revealed that they have a lot of potential in terms of nutrients supply and dietetic impact! That way, microgreens can be then seen as a “super-food” with numerous virtues on human health.

3) How can we explain these differences in concentrations?

Microgreens are harvested at a very early stage compared to mature vegetables. The seeds, and the cotyledons which are coming from them, are really dense packages of nutrients. The cotyledons may contain the stored food reserves of the seed. These recently germinated seeds have all the nutrients that the small plants need to grow bigger, so you could say that microgreens actually are little nutrient explosions.

Good to know:  it’s better to eat your microgreens when freshly cut. They begin to lose their nutritional value after being harvested.

Also good to know: you can boost the availability of nutrients by using some extra-virgin oil with your microgreens [4]

4) How can you grow microgreens?

Cultivating microgreens is not that complicated, these small vegetables only need a few specific conditions that are quite like the weather in spring: after some days in the dark they need lots of light, a low humidity, average temperature and really good air circulation. That’s all you need to make the perfect environment for microgreens to grow.

A lot of firms, such as InstaGreen, grow microgreens at different scales. Hydroponics, an innovative soilless production method based on using a nutrient solution in water, is an excellent method to grow them in a modern, biological and ethical way. But it’s also quite easy to try it yourself and develop your own small production.

5) What is the difference between microgreens and sprouts?

It’s important not to confuse these two kinds of mini-vegetables. Although both are really tasty and full of nutrients, sprouts and microgreens really aren’t the same.

Sprouts are young wet seeds that start to grow, but don’t have developed leaves yet. The cultivation process is quite different between the two. Microgreens are grown in soil or a substrate (officially called “dry” cultivation) and get a lot of light, which is crucial for photosynthesis, that generates the chemical energy needed for the plant to grow and which increases its flavour. Sprouts are germinated in relatively warm and humid conditions, which is unfortunately also an ideal environment for all kinds of bacteria. This increases the risk of microbiological contamination in sprouts, which is not the case for microgreens.

Furthermore, when you are eating sprouts, you’re consuming all of it, even the small roots and the seed, which are said to be the main factors for microbiological contamination.. Whereas with microgreens you only eat the green: the part above the soil or substrate (stem and leaves).

Did you know: That is also why it is important to only use seeds that are treated especially for the cultivation of sprouts and microgreens

That is why InstaGreen cultivates microgreens and not sprouts, simply because you have all the benefits of the nutrients and amazing flavours and not the downsides of bacteria!

All in all, we can conclude that the full potential of microgreens is starting to be recognised, while not even all of it has been discovered yet. While they’re small and tiny, we strongly believe in the positive impact they can bring to our bodies and health!

If you’re interested in tasty recipes with microgreens, you can check our latest videos here!

Let us now if you have any question at hello@instagreen.eu

We’re looking forward to hearing your stories about microgreens!

If you want to know more, check out these articles:

GO TO THE COURSE 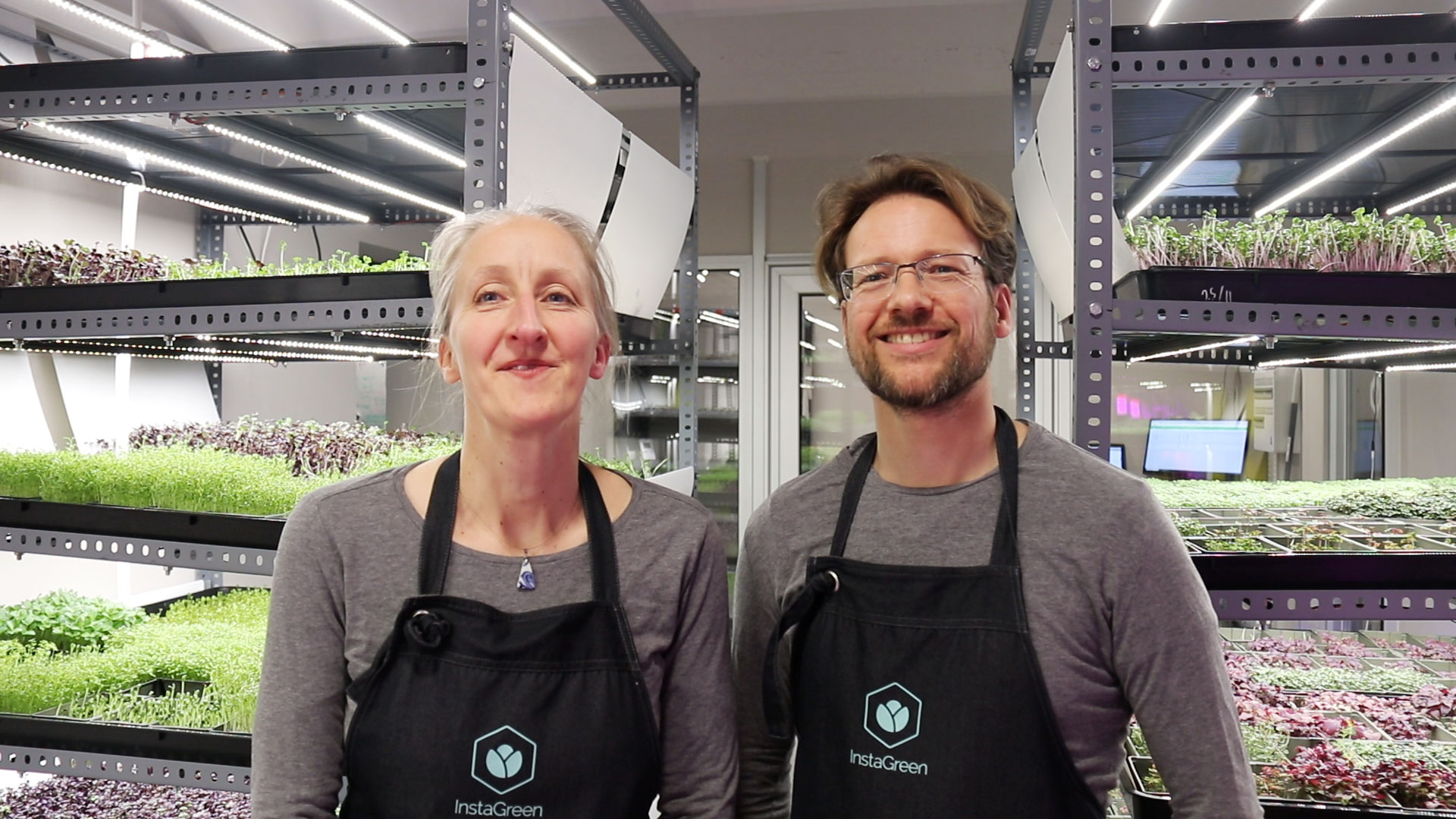 THINKING OF STARTING PROFESSIONALLY?
START YOUR SUSTAINABLE URBAN MICROGREEN FARM
July 25-27. Get 33% discount if you register before 5th july. ( – € 999)

However, in order for this page to function as it is needed (for instance: like remember your language-settings, seeing which pages people like most, and keeping this annoying message from popping up in your screen), we do need to make use of cookies. If you want to learn more, please read our legal stuff at https://instagreen.eu/legal/